Cambodia, Laos, Myanmar and Thailand may be bordering countries but they all have their own way of life and traditions. Yet, they have one custom in common: the New Year Festival, celebrated for three days from 13/14.04 to 15/16.04 after the harvest and before the beginning of the rainy season. During this time all people of the 4 countries are dancing, singing and playing. And if you’re taking part of the celebrations, be aware it’s going to be wet! Everywhere people splash each others with water and even as a tourist you won’t be spared. During the festival you will inevitably leave the hotel with dry clothes and come back soaking wet.

But why does water play a central role in New Year traditions?

Water is used for symbolic cleansing. People clean themselves and the entire house with water to wash off all the bad things and bad luck accumulated so they can have a fresh start for the New Year. Buddha statues are washed by monks. Parents as well as grandparents are washed by their children or grand children.

However, every country has its own rituals and ways of celebrating the New Year festival. Here a brief introduction on how New Year is celebrated in each country.

The New Year celebration is called Choul Chnam Thmey in Cambodia. At the beginning of the festival, people light up candles in the shrines and give fruits as offerings to the ancestors or spirits of the house. In addition, Cambodians clean their body and their house with flower water.

On the second day, it is customary to visit the family and do something charitable.

On the third day, Buddha statues are cleaned by monks and volunteers. Parents and grand-parents are washed by the children of the family in order to wash away symbolically the misdeeds and other misfortunes. It is also the perfect time to erase all the mischief committed in the past year so children in Cambodia can start the new year free of guilt.

The New Year festival in Laos is called Pi Mai. The celebrations begin on the last day of the old year. On this day, besides the traditional cleansing, people go to the temples. All over the country Laotians pray together in the temples. Many believe that the more temples you visit, the more luck you have in the new year.

Also in Laos, children ask their parents and grandparents for forgiveness for all the trouble they caused in the past year (the ritual is called “Baasii”).

Thai people call the New Year celebrations Songkran. The festival is celebrated extensively on the streets of Bangkok. Year by year it becomes more of a fun spectacle for tourists. water is sprayed day and night and faces are painted with talcum powder. On New Year’s Day, fruits and other dishes are brought to the Wats as offerings. The festival is also the perfect occasion to visit other family members.

Myanmar celebrates the New Year one day later, on April 17th. Thingyan is the name of Myanmar New Year festival. Large parades are held in the cities. Happiness is shared by dancing and enjoying the music.

In all countries, the festival attracts more and more tourists every year. Huge parties are celebrated on the streets often with loud music. Tourists who are in Southeast Asia during the celebrations must not only expect to get wet, but also to witness overflowing temples, enjoy restless nights and stroll in crowded streets. 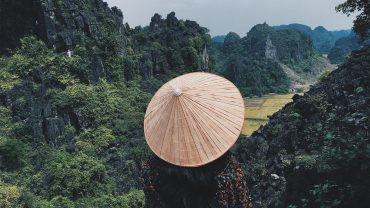 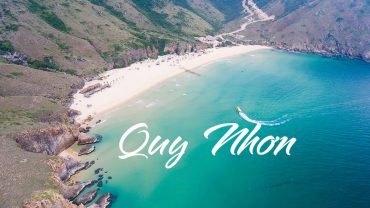 Holidays on the unexplored beaches of Vietnam and Myanmar

Summer is getting closer and you might start dreaming of sun,... 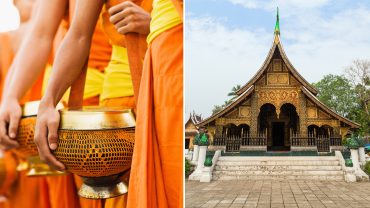 Almost all tourists who head off on vacation to discover the...